Elizabeth Teaff: Professor Teaff actively engaged in facebook showing a love of cats and Ohio State. The URL to her facebook includes the tag “spiderchick”  which would also indicate some interest in spiders. I was able to find several records of Professor Teaff’s run ins with the Law including but not limited to a speeding ticket and an expired registration charge which I have included on the timeline. Professor Teaff has also studied at a multitude of institutions all over the East Coast. Professor Teaff owns a house at 22 Maple Ln in addition to some vacant land on the same road. Photos of the house including floor plans can be found online. I would say that Professor Teaff’s has a large amount of information about herself online although none that I could see being leveraged against her or used against her in a negative way.

I would say that this assignment ties in with our reading “Your Digital Footprint Matters” because I was able to find a shockingly large amount of information on both Professor Abdoney and Teaff. While neither of my Professors had anything that would negatively impact my opinion or viewpoint on them it definitely made me think about what I had available online for people to see. As somebody growing up during the rise of social media my life has been tied to the Internet for better or worse. I don’t think that I will end up changing my online habits as a result of this assignment but I have definitley reflected upon my engagement in social media.

Today our assignment for DCI 180 was to log each interaction we have with the web. The first interaction I had today was, unfortunately, my phone’s alarm going off this morning. Following the rude awakening to the sounds of “The 1812 Overture” I browsed through a variety of social media apps including Instagram, Twitter, and Snapchat. After begrudgingly climbing out of my bed and slowly making my way to the bathroom I used Apple Music to listen to inspirational songs such as Beautiful by Christina Aguilera as I showered. Thankfully I had some time before my first class in the morning and was able to scroll through a multitude of messages mocking my pain and suffering following the Jets’ loss to the Browns the night before. Luckily I was saved by the looming task of walking over to Howe for my daily dose of physics. Throughout the class I accessed the internet to google new terms and information. At the mid class break I again browsed social media on my phone and texted some of my friends. After physics I was done with school for the day and was able to unwind by watching football film on Hudl to prepare for Saturdays game. While watching film I realized that we were going to be wearing alternate uniforms and that I needed to acquire more swag in a desperate attempt to look like I belonged in the NFL. After browsing Amazon I settled on some items and had to call my mother to ask for permission to use her Amazon account. After a nice conversation with her I made my purchase. Following this I took a nice nap. I again used Apple Music, this time listening to some Billy Joel and Elton John. I checked my bank account to see if my mother had forgotten to take back the money I spent on her Amazon account and was NOT surprised when I saw the exact amount I spent removed. After this I walked over to practice where I watched more film, this time with the rest of the team before strapping on my pads and going out on the field. Following practice I again scrolled through social media as I walked back to the dorm room where I began to write this assignment. And so ends my catalog of today’s interaction with the internet! I hope all of you are enjoying the cursor trail! 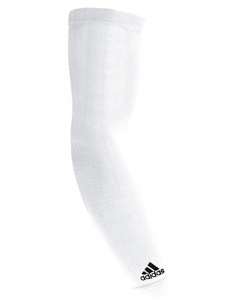